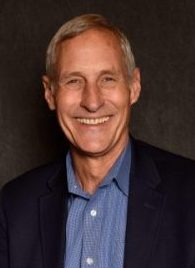 Get to know us a little better! Meet K.C. Schwarz, President of Audio-Visual at PSA.

What is your official title: President, Audio-Visual

Describe your job in a couple of sentences: In April of this year, PSA acquired USAV Group, the leading buying and integration group for professional audio-visual dealers. I was USAV’s CEO and am now leader of PSA’s AV line of business. Chris Whitley and I are responsible (with PSA’s staff support, of course) for integrating AV into PSA’s operations and ensuring successful and profitable growth within the sector. We have already seen synergies between AV and Security Dealer Members. We hope to leverage and expand these synergies consistently over the next few years.

How long have you worked for PSA? I’m just coming up on two months since the USAV acquisition. Prior to that, I was with USAV for over ten years.

Can you share a little bit of information about your professional background? I attended the U.S. Air Force Academy in the early seventies and served in the Air Force for twelve years as both a medical evacuation pilot and test engineer. Subsequently, I worked for Northrop on the Stealth Bomber (B-2 Spirit) supporting simulation modeling and logistics support systems. I moved to Colorado in the early nineties to manage Ball Aerospace’s information systems. Becoming a bit of a “job hopper” I moved into the entrepreneurial realm with several companies in technical industries: institutional investment banking, high-density micro circuitry, and digital tape libraries. I then struck out on my own starting a network integration company. After selling that company, I consulted and worked with several early-stage companies before joining USAV in 2006.

What was it about PSA that caught your interest? I was very impressed with PSA’s combination of people, systems, and processes that provide highly valued services to many member companies. And, it seems to work very well!

As one of PSA’s newest employees, what are you enjoying most about working here? The camaraderie, goal-oriented hard work, and fun are a real kick – love it!

What do you like to do for fun? I enjoy staying in shape, even though the years have taken their toll on my aspirations! I’m also an inveterate reader. And speaking of time, Anne (my wife of 40 years!) and I now enjoy spending time chasing three “over charged” grandkids!

Any fun or interesting facts about yourself that you want to add? I grew up on a farm in Kansas and spent my early years in a one-room country school. I was the only person in my grade for seven years!