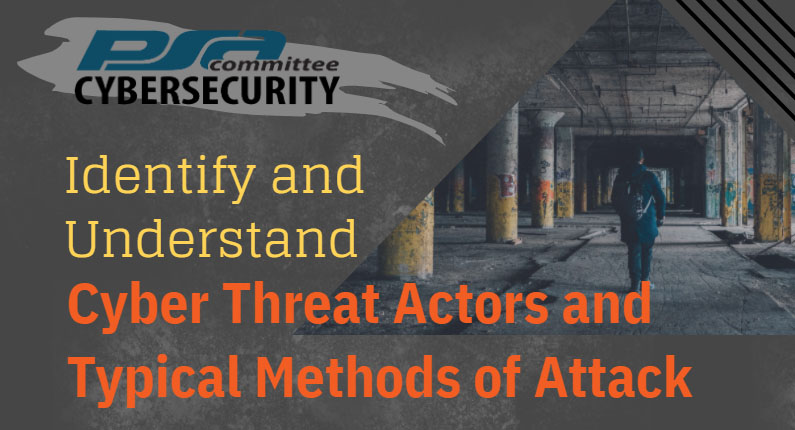 The primary threat for most SMB, commercial and government entities is by criminals looking to make money!  With Crimeware-as-a-Service (CaaS), organized crime is franchising cybercriminal underlings with toolkits, resources and hosting services. The risk associated with conducting cybercrime is dramatically imbalanced relative to the reward in favor of these criminals as very few are identified, apprehended, and prosecuted.

Affiliation: Individuals or with collaborators

Threat Actors have evolved over the last decade. The most significant threat to the world is the Nation State / APT Threat Actor. These Cybercriminals are highly organized and have unlimited funding and resources. The disparity of threat versus defense against the Nation State is so extreme it is almost immeasurable.

Those under your company employ or contract that exfiltrate precious or sensitive information out of the company for nefarious objectives. Insiders undermine cybersecurity and physical security because they often have legitimate access to data and can carry out their criminal intent while appearing to conduct normal work activity.

Affiliation: Current or former employee, contractor or other partner who has authorized access

a.k.a. Ideologically-Motivated Criminal Hackers, target high-profile entities / victims to garner notoriety and publicity and to make political or social statements, often in effort to affect change.

These groups are designated by the U.S. Department of State. Their cybercrime is typically disruptive and or harassing in nature.

Motivation: Political or ideological; possibly for financial gain, espionage or as propaganda

To learn more from the PSA Cybersecurity Committee, visit PSAEducation.com!